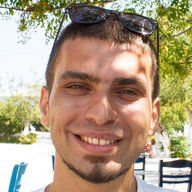 In this article, Aris Tzermias demonstrates how you can deploy a RIPE Atlas software probe isolated from your private network using a dedicated PPP connection with your Internet Service Provider.

In February 2020, the RIPE NCC announced the availability of software probes to improve RIPE Atlas coverage. The idea is that, instead of installing a network device (the probe) to your network, you install the software package for the probe on a machine connected to your network. RIPE provides packages to install the probe at CentOS and Debian distributions. There is even a Docker image developed by the community. I used the latter option to host another probe on my home's OrangePI.

One might reasonably wonder though: "Hey, do you trust that this device won't intercept your local network traffic, or tamper with your other devices in any way?". As stated on the FAQ, the probe executes measurement commands against the public internet only. For the security cautious, it is advised that the probe should be installed outside of one's local network (e.g., on a DMZ network).

I had followed this recommendation on my hardware probe before, but how am I going to perform such isolation in Docker? To make matters worse, I am using the CPE provided by my ISP, which has very limited capabilities in terms of configuring new networks. One possible solution is to reject any traffic from my probe's network to internal networks via iptables. However, this would require additional steps when redeploying the RIPE Atlas probe. Ideally, my goal is to deploy the software probe out-of-the-box using a Docker compose manifest, without any additional commands.

The overall design can be depicted on the following figure:

Our goal is to initiate a new PPPoE connection from a container inside an isolated network. Thus our RIPE Atlas probe can only perform its measurements via PPP connection, and without interfering with adjacent containers on the same host.

There are two prerequisites for ensuring that PPP is established correctly. First of all, you need to ensure that the CPE (modem/router) of your ISP has "PPPoE Passthrough" enabled. Some ISPs have this setting enabled by default. Next, is to retrieve your ISP username and password. Some ISPs (like mine) had handed over the username and password on paper along with my CPE equipment. On other circumstances, you might want to fetch a configuration backup from your CPE and retrieve credentials from it. YMMV. With those in hand we can proceed with configuring PPP client.

The required PPP configuration can be easily generated using the pppoeconf tool. It is an ncurses based tool that helps you populate /etc/ppp/peers/dsl-provider and /etc/ppp/chap-secrets with the correct values. The next step is to dockerise the PPP client. I created a small Docker image (tzermias/ppp) that simply invokes PPP client. Providing that our configuration is under a file named "dsl-provider" and located under /etc/ppp/peers directory, we could invoke the container as follows:

The ppp container can be attached to the network by adding the --network ppp flag on the docker run command above.

If everything went well, logs of ppp container would indicate a successful call is performed and a new IPv4 address is assigned to ppp0 interface of our container.

The PPP client will also create a resolv.conf file under /etc/ppp, containing DNS nameservers obtained from our peer. For this, you need to have the usepeerdns option in your /etc/ppp/peers/dsl-provider file.

Now comes the interesting part. How can we ensure that any network traffic from our ripe-atlas container will only pass through the ppp container we started earlier? The answer is to share the network stack of this container. Apart from the usual bridge, host or none options that one can pass to --network setting, there a special option named container, which allows you to use the network stack of another container.According to docker run reference:

With ppp container running, we can easily validate that our setup works, just by spinning up a test container as follows, and perform some tests (e.g a traceroute). Don't forget to mount /etc/ppp/resolv.conf file in this container in order to have proper DNS resolution.

Now we are ready to spin up our ripe-atlas probe!

I used ripe-atlas image by jamesits for this purpose. Probe installation and registration are straightforward and well-documented.On first run, probe generates an SSH keypair and saves it under /var/atlas-probe/etc/probe-key.pub. Simply create a new directory where any relevant ripe-atlas files will be stored and mount it to the container.

For those who wish the probe run IPv6 measurements, you can enable IPv6 support by performing the following modifications:

Firstly you need to enable IPv6 support in Docker daemon. Ensure that your /etc/docker/daemon.json contains the following:

Then, ensure that Docker daemon is aware of those settings:

The next step is to make sure that our ppp container has IPv6 support enabled. For this we need to start our container with net.ipv6.conf.all.disable_ipv6=0 set.

And the last step (eventually) is to enable IPv6 support when performing the PPP call. This can be achieved by adding the following two options in our /etc/ppp/peers/dsl-provider config.

To sum up, one should execute the following commands to have the probe and the PPP client up and running:

I also created the following docker-compose.yaml file to spin up the network and the containers to avoid typing those commands again and again.

For those who wish to use this probe for their measurements, just use probe #1001487.

Software probes can increase the reach of RIPE Atlas platforms on more networks and geographic locations. From 260 probes currently deployed in Greece, we can clearly observe a large portion of them being deployed in Athens metro area. Wouldn't it be nice to have Internet measurements on less densely populated areas, like islands? Furthermore, the option to share one container's network stack with another can be leveraged on other applications, like proxying traffic through a VPN tunnel. If you have a RaspberryPi sitting idle on your network, I'd suggest you give this option a try!

I guess a comment explaining the nature of the documentation prefix "2001:db8:1::/64" would be nice. TLDR: don't use that prefix in production. It is meant to be used in examples like this blog post. On your network, use your own prefix. You can choose one that your ISP provides or an ULA that you generated.