Human Rights Are Not a Bug

Niels is a postdoctoral researcher with the ‘Making the hidden visible: Co-designing for public values in standards-making and governance’-project at the Media Studies department at the University of Amsterdam. He is also a research fellow with the Centre for Internet and Human Rights at the European University Viadrina and an associated scholar with the Centro de Tecnologia e Sociedade at the Fundação Getúlio Vargas. His research focuses on how norms, such as human rights, get inscribed, resisted, and subverted in the Internet infrastructure through its transnational governance. Niels tries to understand how invisible infrastructures provide a socio-technical ordering to information societies and how this influences the distribution of wealth, power, and possibilities. While writing his PhD ‘Wired Norms: Inscription, resistance, and subversion in the governance of the Internet infrastructure’, which was awarded with an honorary mentioned by the Association of Internet Researchers, Niels was affiliated with the DATACTIVE Research Group at the Media Studies and Political Science department at the University of Amsterdam. Before that Niels has worked as Head of Digital for ARTICLE19 where he designed, fund-raised, and set up the digital programme which covered the Internet Engineering Taskforce, the Internet Corporation for Assigned Names and Numbers, the Institute for Electric and Electronic Engineers, and the International Telecommunications Union. Before that Niels designed and implemented freedom of expression projects with Free Press Unlimited. He holds a cum laude MA in Philosophy from the University of Amsterdam.

The Internet plays a crucial role in our increasingly digital daily lives. But who shapes and governs the patchwork that enables this essential utility? And how do their actions bear on the rights and interests of users all over the world?

Exploring RIPE Atlas Traceroutes from 2012 to 2019

Based in Taupo, New Zealand

Nevil started work at the University of Auckland's Computer Centre in 1971, developed the University's internal network, then the Kawaihiko ( NZ Universities) network, which used NeTraMet, his Traffic Flow Monitoring system. He has been active in the IETF since 1992. From 1990 onward he's been a CAIDA Staff member. In 2012 he spent some time at the RIPE NCC, working on analysing RIPE Atlas traceroutes, to see what they could reveal about Internet topology.

This analysis of RIPE Atlas traceroutes for days in 2012, 2015, 2017 and 2019 displays full network graphs for each successive half-hour and develops an algorithm for finding node or edge outages of an hour or more.

I am the Chief Operations Officer of the RIPE NCC, responsible for the registry, member-related services and software development, including the RIPE Database, LIR Portal, and RPKI. I have joined the RIPE NCC in 2012 as a Software Engineer, and since then have worked in different roles across the organisation. I have a MSc in Computer Science.

Our draft cloud strategy framework is an attempt to bring everything together in a way that sets out some boundaries, identifies critical elements, and indicates where we need to be strict vs where we can afford to be a little more relaxed. This should hopefully support more clarity regarding how w…

We take a comprehensive look at five different countries in Mediterranean Europe as the next in our series of RIPE NCC Internet Country Reports.

I am the Chief Operations Officer of the RIPE NCC, responsible for the registry, member-related services and software development, including the RIPE Database, LIR Portal, and RPKI. I have joined the RIPE NCC in 2012 as a Software Engineer, and since then have worked in different roles across the organisation. I have a MSc in Computer Science.

The community’s reaction to our cloud proposal at RIPE 82 was stronger than we expected. We think it’s worth re-starting this discussion, and the first step is to check that we’ve heard you correctly.

His research interests are focused on data analysis in small data and big data environments exploiting statistical and machine learning techniques. In particular, his interests are related to network measurements, and experiments meant to analyse network data and possibly highlight anomalies. In addition to the networking measurements, he is currently involved in a project to study future evolutions of car sharing mobility in smart cities. He actively participated in 7 conference papers and 2 journal papers, being awarded with the best students paper award at the ITC 2015 conference, and the IETF Applied Networking Research Prize 2017. He also spent two periods abroad in the CAIDA research center located in the UC San Diego university and Narus Inc. a company with headquarter in the San Francisco Bay Area.

Mobile networks have become ubiquitous, offering connectivity performance from slow connections up to speeds comparable with broadband connections. Having tools to emulate such variability correctly is paramount to test new protocols and applications before publicly releasing them. 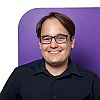 Based in Arnhem, The Netherlands

Giovane is a Data Scientist with SIDN Labs (.nl registry) and Guest Researcher at TU Delft, in the Netherlands. He works on security and Internet measurements research projects. Prior to SIDN, he worked as a Postdoctoral Researcher at Delft University of Technology, in The Netherlands. He obtained his Ph.D. degree with Prof. Aiko Pras at the University of Twente, also in the Netherlands, with focus on both active and passive Internet measurements. His research interests include Internet Measurements, Management, Security and Machine Learning applications. You can reach him at http://giovane-moura.nl/

How much of a problem are large DNS responses over UDP in the wild?

As part of our ongoing efforts to chart the rise and rise of IPv6, we’ve been looking into the difference between average IPv6 capability per country over a few days in June 2020 versus the most recent similar averages for 2021.

Based in The Netherlands

As part of the 2STiC programme, we’ve been evaluating and experimenting with future Internet architectures at SIDN Labs. One of these architectures is SCION, which aims to provide a secure, stable, transparent Internet through secure inter-domain routing and path-aware networking. In this article, …

I am a software engineer at NLnet Labs, where I create software in Rust, mainly related to routing and rpki. Formerly Software Engineer R&D@RIPE NCC.

Store and retrieve a full table of IP Prefixes while maintaining hierarchical relations. Jasper den Hertog from NLnet Labs talks about the best data-structure for the job, implemented in Rust.