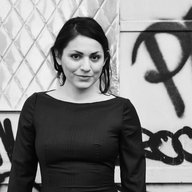 Based in USA, NYC

Sanctions that affect Internet traffic have been under-discussed for a long time. As a result, it's as yet unclear to what extent sanctions might affect Content Delivery Networks (CDNs) and traffic destined for or coming from Russia. In order to help shed some light on the issue, this article takes a closer look at how sanctions might affect CDNs and Internet traffic.

He said in a tweet that Ukraine was “calling on Amazon to stop providing cloud services in Russia.” He also said that “Cloudflare should not protect Russian web-resources while their tanks and missiles attack our kindergartens.”

Content Delivery Networks (or CDNs) might already refrain from serving sanctioned countries, including Russia. However, sanctions that affect Internet traffic have been under-discussed for a long time. It is unclear so far the extent to which any sanctions have affected CDN services and traffic either destined for or coming from Russia. There is some evidence that CDN “geoblocking” has affected Russian sites. It is documented in an excellent paper published in 2018 that discusses geoblocking and economic sanctions in CDNs by validating the observations through Cloudflare. But sanctions might affect CDNs and Internet traffic beyond geoblocking.

A Content Delivery Network is a system of servers located around the globe that facilitate website performance by delivering the content from the closest servers to the users. It provides various services that affect global connectivity through website operators, IXPs, ISPs, web browsers and others. There are different business models that CDNs use and the differences are important in how sanctions affect their services - so all the issues I am raising here might not apply to every CDN.

CDNs generally help Internet performance by keeping Internet traffic contained within a geographic area or network. They often also provide security services (by combating DDoS attacks, for example) and are very often used by even relatively small website operators. Some of them also provide DNS over HTTPS (DoH) resolution services. They are also often used to make mobile apps work quickly and to provide large-scale software distribution (such as when an operating system update becomes available).

It is important to understand that the consumers of CDN services are ordinary users of the Internet, but that those users are not customers. The customers of CDNs are the website operators, software publishers, and so on who pay the CDNs to distribute content. CDNs nevertheless can have an effect on ordinary Internet users. So, we should examine how CDNs might affect various people around the world.

Not serving people in sanctioned countries at all

It is well known to residents of sanctioned countries that some of the cloud services and CDNs based primarily in the US do not directly serve these residents either as customers or as ordinary users. There was, in fact, an outcry about AWS not serving developers from Iran in 2019. Amazon responded about not providing web services to Iranians. As an AWS spokesperson told Al Jazeera in an emailed statement:

“We comply with all applicable laws in the countries in which we operate, including any international sanctions and other restrictions that may be in place for certain countries... Because Iran is subject to broad trade restrictions, limiting virtually all business with Iran, we do not serve customers in that country.”

It is not true that sanctions limit virtually all business with Iran and sanctioned countries. Sanctions don’t apply to noncommercial and personal communication. But this over-compliance with sanctions can be observed in many places, and affects not only CDN customers but even ordinary Internet users.

CDNs generally benefit from peering, and many of them maintain an open peering policy (Cloudflare is one example). An open peering policy means that any other networks can peer with the open peering network, normally without any monetary cost. But while open peering generally includes any network, it does not mean that networks based in sanctioned countries are not affected by the sanctions. In Cloudflare’s case, for example, if peering is also deemed to be a “transaction”, then sanctions might well affect them. Cloudflare’s policy on peering and sanctions is silent as to their view of these kinds of sanctions, but their policy while allowing open peering also allows them to restrict peering or not peer when they desire to do so.

CDNs allow their customers to decide “what content” is served to “which users”.  In effect, website operators use the geoblocking features to prevent serving users merely because they are based in a certain country. Often, this is used to enforce various content licenses or to conform to distribution restrictions, such as when a video is available in one country but not another. Sometimes, however, site operators use geoblocking so as not to serve any content to users in sanctioned countries. It’s a blanket compliance with sanctions that is probably not even required by law. But when users are considered as “legal risks” because of their location, then this discriminatory practice is justified internally. Website operators have already been discriminating based on geographical location for years, including against users in Russia.

Content Delivery Network not serving a certain region or country

A CDN can decide not to serve a country or a region at all because of sanctions. So, it might adopt a policy, for example, not to allow its DoH resolvers to serve IP addresses based in Russia. This would mean that, for example if the Web Browser uses DoH resolvers of that CDN, users of the web browser based in sanctioned countries won’t be able to look up any website on that web browser without reconfiguring the browser.

Cloudflare offers a free tier customer account that helps with better access to services that are not large enough to afford full paid service. Residents of sanctioned countries might use these services (especially since they are free). However, these customers might want to hide their origins not to be blocked from the service, and might therefore use various VPNs to hide their actual origin IP address (because they can otherwise be blocked). But this technique also effectively moves the customer’s geolocated IP address, so such customers might also not be served with the most efficient routing service. For example, if Cloudflare thinks a connection is coming from  North America, it is likely to use a North American server to answer queries. In reality, the customer might be in Russia. As a result, the website might load at a lower speed for the Internet user.

The Tragedy of Internet Infrastructure in Afghanistan

Based in USA, NYC

Farzaneh Badiei Based in USA, NYC