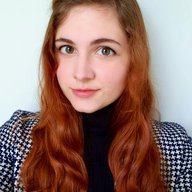 Kjerstin Burdiek is a Communications Officer at the RIPE NCC. She joined the RIPE NCC in 2021 with a background in linguistics.

TF-CSIRT is preparing to go independent, separating from GÉANT. As they take their first steps as an independent organisation, we'll be there to lend our support.

The Task Force on Computer Security Incident Response Teams (TF-CSIRT) has announced its plans to separate from its parent institution GÉANT and become an independent organisation. Recently, the task force accepted our offer to support it through this process. Drawing from our experience becoming independent from our own parent organisation, we'll be able to assist TF-CSIRT as it becomes its own entity that follows a similarly open, transparent and inclusive approach.

TF-CSIRT is a not-for-profit membership organisation that fosters cooperation between CSIRTs across Europe. Its mission is to improve network security throughout the region, as well as to advocate for cybersecurity worldwide. Since 2000, TF-CSIRT has been hosted by GÉANT, which mainly serves a community of national research and education network organisations (NRENs). Over time, the membership of the TF-CSIRT has come to include many non-NREN members, requiring it to direct attention to different kinds of stakeholders. This divergence from GÉANT has led to the conclusion that TF-CSIRT may be better able to serve its membership as an independent organisation focusing on its own community.

TF-CSIRT needs support in its transition to autonomy. The organisation hosts multiple yearly meetings and trainings for its several hundred members. In addition, it runs a service for accrediting CSIRTs and maintains a contact database of these groups. Before becoming fully autonomous, TF-CSIRT requires some financial and organisational backing to keep these functions running.

The RIPE NCC and TF-CSIRT

That’s where the RIPE NCC comes in. We have made an offer to help support TF-CSIRT during this period, and we believe we are well-suited for this task. In fact, back in 1998, the RIPE NCC underwent a similar transition from the very same parent organisation, GÉANT (then known as RARE, and later, TERENA). This means we know the process well and are prepared for the steps ahead.

We also serve a similar community to that of TF-CSIRT, in terms of both our service region and the composition of our membership, which includes both public and private stakeholders. And there’s a compatibility between our services, in that both of our organisations offer meetings and trainings and maintain contact databases. We’re also both not-for-profit organisations that want to improve the Internet for all users. All of this means that we understand what TF-CSIRT needs to succeed and the challenges it will face, and so we are prepared to help where we can and share our experiences.

So, last month, we made an offer to do just that. Our proposal includes both financial and organisational support. For instance, we are prepared to host one or two TF-CSIRT staff members in our Amsterdam office if necessary. And in order to oversee the organisation’s strategic planning, we will have a seat on TF-CSIRT’s Supervisory Board. This is where we will be able to apply the lessons we learned when we became independent. This seat will also allow us to advocate for the values of the RIPE community.

With this path laid out, TF-CSIRT is now busy with hammering out the specifics. Its Steering Committee will prepare an implementation plan by the end of 2021 with input from its partners, including the RIPE NCC. Implementation will begin in January 2022 and finish up by September 2022, at which point our offer will come into effect. Given our organisations’ similar missions, we expect that this will be a smooth collaboration that will strengthen the security of the Internet community at large and benefit both of our communities.

Kjerstin Burdiek is a Communications Officer at the RIPE NCC. She joined the RIPE NCC in 2021 with a background in linguistics.