Reflections on the ITU Plenipotentiary Conference 2022 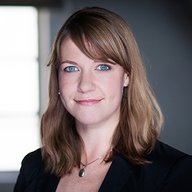 The ITU's most important meeting, the Plenipotentiary Conference, just wrapped up in Bucharest after three weeks of ceremony, intense negotiations, and elections for an all-new leadership team. Read on for some of the key takeaways for the Internet community.

(If you're already familiar with the ITU and the Plenipotentiary Conference, skip ahead to the next section...)

Phew! That was an intense three weeks. For those not familiar with the International Telecommunication Union (ITU), which is the UN's specialised agency for ICTs, the Plenipotentiary Conference is the ITU's pre-eminent meeting, taking place every four years in different locations around the world. The conference attracts several thousand participants: delegations from the ITU's 193 member states (including ministers and other high-ranking government officials), along with sector members (like the RIPE NCC) that represent industry and civil society's points of view.

The conference has a few main purposes. First, it sets the direction for the ITU's next four years through its resolutions. Member states negotiate the texts of these many resolutions, each focusing on a different topic, in order to help shape which topics the ITU and its various sectors, bureaus, council, study groups, etc. (it's a complicated beast!) will focus on for the coming four years. This includes considerations like how they will cooperate and coordinate with other organisations and what kinds of reports they'll produce on these topics. The ITU is made up of three sectors (development, standardisation, and radio), so the topics cover a huge range: everything from how to bring the unconnected people of the world online, to how satellite spectrum can be used, to cybersecurity issues. The other main purpose of the Plenipotentiary Conference is to elect a new leadership team for the coming four years.

A fundamental divide on the role of the ITU

The RIPE NCC is mainly interested in following the so-called "Internet Resolutions", so this is where we focused our attention and efforts over the past three weeks.

A separate Ad Hoc group was spun off early in the conference to negotiate the texts of these resolutions, which spent some 40 hours over the course of the conference to reach final agreements (and several remaining issues had to be brought to the Working Group of the Plenary to be debated and decided there). During these negotiations, the RIPE NCC shared our position and expertise with member states, as sector members (like us) aren't involved directly in the negotiations.

For many years now, we've seen a fairly large divide between various countries, and even entire regions, on the Internet Resolutions. There are some member states that believe the ITU should expand its mandate and take on a stronger role in Internet governance, including new and emerging technologies and services, and there are others that believe that the Internet (and its governance) are fundamentally separate from - though related to - the work of the ITU, and which try to keep the scope of any new or revised resolutions in check.

So, after all those hours of heated debate and tense negotiations, what was the outcome? It may not sound very exciting, but there weren't any momentous changes in the end. However, that's something that the RIPE NCC considers a win for the Internet community and Internet governance in general, as we would prefer to see any fundamental shifts take root in multistakeholder venues like the Internet Governance Forum or technical standards bodies such as the IETF. There was also some additional language around inclusivity and multistakeholder participation that was included throughout the proposals, which was nice to see.

Here were the main proposals and changes that came out of the negotiations on the Internet Resolutions:

Resolution 102: ITU's role with regard to international public policy issues pertaining to the Internet and the management of Internet resources, including domain names and addresses

Resolution 133: Role of administrations of Member States in the management of internationalised (multilingual) domain names

Resolution 180: Promoting deployment and adoption of IPv6 to facilitate the transition from IPv4 to IPv6

Elections, gender as a contentious issue, and other developments

Apart from the Internet resolutions, there were a few other developments throughout the three weeks of the conference.

First, the outcome of the elections saw a woman elected as ITU Secretary-General for the first time in the agency's 157-year history. Doreen Bogdan-Martin, an American who has helmed the ITU-D (development sector) for the past four years, beat out Rashid Ismailov, her Russian competitor, for the top spot. Tomas Lamanauskas, a Lithuanian, became the youngest Deputy Secretary-General ever elected to the position. With gender and youth inclusion as a touted priority for the ITU, the results seemed like something to celebrate...until...

One of the most contentious issues at the Plenipotentiary Conference revolved around Resolution 139: Use of telecommunications/information and communication technologies to bridge the digital divide and build an inclusive information society. Specifically, several member states opposed a clause that would have instructed the ITU-D Director "to continue to support and coordinate efforts to connect women and girls, youth and vulnerable groups, indigenous peoples, the elderly and persons with disabilities and persons with specific needs". Many other member states fought a long battle to have this text included, but in the end, it ultimately didn't make it into the final text.

The main concern was with including "women and girls" specifically, as there is text referring to the need for a focus on other groups throughout the rest of the resolution. Its rejection was particularly odd given that one of the stated strategic goals of the ITU is to "work to close the digital divide in the use of telecommunications/ICTs in all countries and for all peoples, including women and girls, youth, indigenous peoples, older persons, and persons with disabilities." Although the text wasn't included, as no consensus could be reached on it, several dozen countries signed a declaration that was entered into the conference's records stating their intense disappointment in the outcome.

So all in all, the outcome was fairly positive. Certainly there were no major issues we foresee for the Internet community coming out of the meeting, but of course, this just set the tone for the coming four-year period in the ITU. There is still a lot going on at the various levels, including some proposals that are popping up in various study groups that harken back to the idea of New IP. So the RIPE NCC will do its best to remain vigilant in following those and keeping the community informed. We'll be giving a talk at the upcoming RIPE 85 meeting in Belgrade as part of the Cooperation Working Group on the ITU and our engagement as well.

And beyond the ITU, there is a lot going on in the field of Internet governance at the moment, with discussions happening in various UN bodies, at local and national IGFs, and of course, at the Internet Governance Forum (IGF) taking place later this year in Addis Ababa. So stay tuned!

Chris Buckridge is an Advisor to the RIPE NCC Managing Director on issues of Global Strategic Engagement. He has worked for the RIPE NCC since 2006.