An Introduction to IRR Explorer 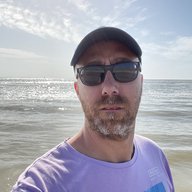 Teun Vink is board member for NLNOG, the Dutch Network Operator Group. In his day job he's responsible for the network at BIT, a Dutch ISP and datacenter.

In this article we take a look at how IRR explorer can be used to analyse and improve routing, IRR registrations, and RPKI configurations by looking at a number of real world examples.

Last year, at the NLNOG Day 2021 event, NLNOG announced the release of a new version of IRR explorer. IRR explorer is piece of software you can run as well as a service hosted by NLNOG at irrexplorer.nlnog.net. In this article, We would like to show you some of the features of IRR explorer and how to use them.

IRR explorer shows the routing, Internet Routing Registry (IRR) registrations and Resource Public Key Infrastructure (RPKI) status for resources (prefixes, AS numbers and AS-sets), and highlights potential issues. It can help engineers spot missing or incorrect data in routing registries, potential problems with RPKI validation of prefixes, potentially incorrect route advertisements, and many other irregularities. One important thing to emphasise here is that this is just an interpretation of the data available. It's not the absolute and only truth.

So, how can you use IRR explorer? In this article, we assume you'll be using the hosted version of the tool. When you open the website, you'll see a simple webform with only one input field, where you can enter either an IP, a prefix, an ASN, or a AS-SET. Once submitted, IRR explorer will show all data it has available about the resource.

If the resource entered is an ASN, all prefixes originated by that ASN are shown in a similar way as when a single prefix is entered.

In the table shown in the image above, you can see a the information IRR explorer gathered for this prefix. Each row of the table shows one prefix which is found in a routing registry, for which a Route Origin Authorisation (ROA) is present, or a route is found in the DFZ. The table shows a number of columns:

In the first column, you see the prefix for which information is shown.

The 'RIR' column shows which Regional Internet Registry (RIR) assigned or allocated the prefix. In this example, the prefix is assigned by RIPE.

The 'BGP' column shows which autonomous systems (ASNs) originate this prefix, according to the NLNOG Ring Looking Glass (which opens when you click the link). This looking glass currently receives BGP tables from well over 100 networks. In this example, AS12654 (one of the ASNs used by RIPE NCC).

The 'RPKI' column shows ROA's registered for this prefix (if any) and the maximum prefix length for the given prefix. In this example, the ROA is valid for 2001:7fb:fd02::/48 (mentioned in the first column), and only exactly this prefix length, so more specific prefixes should be considered invalid.

Next, we see a column 'RIPE'. This is because there is a route object for this prefix registered in the RIPE database. If the prefix is registered in more than one routing registry, we would a column for each registry here. All items in these columns are clickable and show a lookup in the IRR's routing registry database. Correct entries have a checkmark, incorrect entries have an 'x' next to them. Hovering over them with your mouse pointer will show some additional information on what is wrong with that specific entry.

The last column is the 'advice' column, which shows suggestions on what could be improved in routing registries. In this example, everything looks good and no changes need to be made. In the next examples, we'll see that there are many cases where there are some things to be said about some entries.

Now that we understand more of the output generated by IRR explorer, let's look at another RIPE RIS beacon: 2001:7fb:fd03::/48, an intentionally RPKI-invalid prefix.

The two messages in red in the 'advice' column immediately stand out now.

The first message - 'RPKI origin does not match BGP origin' - points out that although the RPKI ROA tells us that AS196615 should announce the prefix, we observe the prefix originated from AS12654 in the routing tables. Clicking on the 'BGP' link will show us which peers of the NLNOG Ring Looking Glass have this prefix in their routing table.

The good, the bad and the ugly

We're looking at the 'All overlaps of least specific match 1.1.1.0/24' table in the output here, because there are some unexpected rows there. The first row is shown in green, since that row shows an entry for which everything is looking good: routing registries, RPKI data and routing data all align.

But there are two more rows: one for 1.1.1.3/32 and one for 1.1.1.15/32. You can easily see from the colours that there are a few things wrong with these. Since the issues are similar, we'll only look at 1.1.1.3/32 in this example. For both prefixes, IRR explorer shows an error, a warning and an informational message.

The warning message 'Expected route object in APNIC, but only found in other IRRs' is shown because this specific prefix is registered in RADB, while one would expect an entry in the APNIC database. This doesn't have to be wrong, some networks may choose to use specific routing registries for registering their prefixes, but it's at least worth mentioning.

The informational message 'Route objects exist, but prefix not seen in DFZ' is shown because even though a route object exists, the route is not seen in the global routing tables. Of course, in this case this is most likely caused by the prefix length used. In other cases, it can be that a prefix isn't always advertised (or at least not with the specified prefix length), but registrations have been made to make sure it can be routed if needed.

Based on the output above, it's hard to tell the exact reasons why these two entries were registered in RADB, but due to the ROA and the prefix length used we can safely say these prefixes won't make it far in the DFZ.

Let's look at one more prefix: 2001::/32, the prefix used for the Teredo service, so we have seen all messages generated by IRR explorer. This prefix used to be advertised by many different ASNs as an anycasted IPv4 to IPv6 tunnel server. Teredo isn't used much anymore for various reasons (native IPv6 being deployed being one of them). But when we look at this prefix in IRR explorer, we still see some interesting things:

We see that there are many IRR entries present for this prefix in a number of routing registries, but only two ASN's (AS1101 and AS6939) advertise the prefix at this moment. For AS1101 a IRR record is present in the RIPE database, but for AS6939 there is none. This results in the 'No route objects match DFZ origin' error. The informational message 'no (covering) RPKI ROA found for route objects' is because there is no ROA configured for 2001::/32.

Now that we've seen some examples of the types of problems IRR explorer can help to spot, let's sum up some of the many use cases for IRR explorer:

We hope you'll find IRR explorer a useful tool. The source code for IRR explorer can be found on Github. Suggestions for improvements and new features are welcome!

Teun Vink is board member for NLNOG, the Dutch Network Operator Group. In his day job he's responsible for the network at BIT, a Dutch ISP and datacenter.