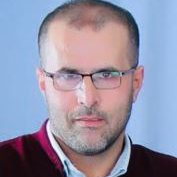 Zahir Qasrawi, an information security professional, board member of ISOC-Palestine chapter, and Member of ISOC Chapters Advisory Council Steering Committee (ChAC-SC), has a B.Sc. majored in Electrical Engineering, and he also has M.Sc. in Scientific Computing from Birzeit University in Palestine. Qasrawi has several certificates and training in computer networks and security, such as Certified Information Systems Security Professional (CISSP), Cisco Certified Network Associate (CCNA), and Microsoft Certified Systems Engineer (MCSE). In the last 15 years, Qasrawi has worked as a computer networks engineer and information technology manager in different public and private sectors organizations. In 2019, he was one of the team leaders of the ISOC-Palestine project, which was recognized as WSIS Prize 2019 champion in Category 5 "Building confidence and security in the use of ICT”.

In today's world, the need for a stable and continuous Internet connection is often a matter of urgency, but infrastructure failures and political conflicts can cause connectivity interruptions at both the local and international levels. Internet Exchange Points (IXPs) play an important role in helping maintain connectivity in emergency situations. While building an IXP is mainly a technical challenge, its success is not dependent totally on technical configurations, and it cannot be measured only by the volume of traffic passing through it.

An Internet Exchange Point (IXP) is a physical location where stakeholders with independent Autonomous Systems (AS) connect at a neutral central point to exchange traffic (peering). Such stakeholders can be Internet Service Providers (ISPs), Content Delivery Networks (CDNs), academic institutions, financial service companies, and so forth. The infrastructure of an IXP includes mainly one or many network switches that are configured to peering the traffic between the connected partners using Border Gateway Protocol (BGP).

IXPs allow partner networks to exchange traffic directly rather than using transit providers. This creates shorter paths and reduces latency, which can potentially reduce costs. IXPs also provide resilient connections in case of any international connection cut-down. A single IXP can be connected to another IXP in the same country or globally (DE-CIX and NL-ix).

The presence of an IXP can serve to enhance the development of the local Internet system since there is a reciprocal relationship between IXPs and locally hosted content. This is through enriching the locally hosted content, which leads to raising the need for IXP development. At the same time, establishing an IXP can encourage companies to host their services locally.

The governance of an IXP can deeply affect its development. The difficulty of stating a clear management policy for IXPs is the main challenge that limits the growth, sustainability and success of IXPs. In the past years, there have not been enough initiatives that support creating such policies for IXP management. One of the most important initiatives was published in 2016 by the multi-stakeholder the Internet Governance Forum (IGF), which was described a Best Current Practice (BCP) for IXPs. The BCP discussed the importance of a business plan that contributed to the success and development of IXPs. Since there wasn’t enough effort invested in this issue, this BCP has continued to be a much demanded resource for entities wanting to establish IXPs.

It is important to work on establishing a clear policy for management that aims to develop trust, common understanding, and mutual agreements in the local community, especially as the organisations involved in setting up an IXP are traditionally competitors. Besides, it should be noted there is no “one size fits all” policy that can be applicable to all the IXPs, yet it can be customised to comply with the country’s context and regulations.

IXP implementation can be divided into two main models as follows:

The non-profit associations model is more familiar in Europe, while the governmental model is familiar in the Middle East. For example, in Palestine, there are two IXPs, one launched in September 2015 and operated by the Internet Society-Palestine Chapter, and the other founded in 2020 and owned by the Ministry of Telecom & IT Palestine. Being a board member of both of these IXPs gave me a unique exposure that helped to learn about the pros and cons for the two models. Based on my experience, here I provide a list of some key non-technical points that need to be considered before and after building an IXP.

The first step in establishing an IXP is the establishment of a board for management. The board can be formed by including partners, local communities and government. The diversity in board membership will be an advantage, since this board will launch the operation and solve any raised concerns. The IXP, whether it is for-profit or non-profit, needs a work plan that will be set by the IXP board.

The selection of the place at which the IXP will be located is another important issue. This place must be neutral and can be reached by all partners with minimum cost. Academic institutions may be a preferable place for hosting an IXP, as these institutions are regarded as neutral locations.

IXPs have running costs that are usually covered by donations or by annual membership.

Before connecting to the IXP by any partner, an agreement should be signed with the IXP’s operator. By signing this agreement, the partners ensure the Service Level Agreement (SLA) that the IXP will provide. Additionally, the IXP’s operator should confirm if the partner has their own peering policy which includes if they will peer all the traffic, especially the traffic that is related to the competitors.

In some countries, establishing an IXP requires a special license with annual renewal. While in some jurisdictions, no license is required. In some cases, the government or the large companies may try to make the licensing process difficult, since large transit networks and international gateway networks can be negatively impacted, as their profit may decrease from the settlement-free at the IXP.

Along with the IXP main service, it is essential to decide which other services to be provided. For example, cloud and content companies can provide their services at IXP, and these services may be a sort of help for small ISPs and small businesses.

Overall, establishing a successful IXP does not depend merely on technology, but it relies on the level of the cooperation between the partners and the support offered by the government. There are some important issues to be considered before establishing an IXP. Although each country has its context, the basic management policies are still very similar.

More information about IXPs can be found in the following resources:

Effective IXP strategies for the Asia-Pacific

Zaher Qassrawi Based in Palestine

Zahir Qasrawi, an information security professional, board member of ISOC-Palestine chapter, and Member of ISOC Chapters Advisory Council Steering Committee (ChAC-SC), has a B.Sc. majored in Electrical Engineering, and he also has M.Sc. in Scientific Computing from Birzeit University in Palestine. Qasrawi has several certificates and training in computer networks and security, such as Certified Information Systems Security Professional (CISSP), Cisco Certified Network Associate (CCNA), and Microsoft Certified Systems Engineer (MCSE). In the last 15 years, Qasrawi has worked as a computer networks engineer and information technology manager in different public and private sectors organizations. In 2019, he was one of the team leaders of the ISOC-Palestine project, which was recognized as WSIS Prize 2019 champion in Category 5 "Building confidence and security in the use of ICT”.