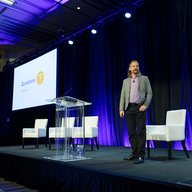 The RIPE NCC Community Projects Fund provided EUR 250,000 in 2017 to support projects of value to the Internet's operation and resilience. Getting such a monumental project right relies on the work of the selection committee who are tasked with making sure only the most worthy projects receive support. Here's who they are and the process they went through.

After a relatively short application submission period, we received over 75 applications from more than 30 countries. It was great to see such diversity in the projects proposed, both in terms of the geographical location of the applicants, and in terms of the ideas themselves.

The majority of applications fell into the following three categories:

All applications were initially checked and validated by the RIPE NCC before being passed on to the selection committee who then began the task of grading each application.

At the end of December, the winners of the 2017 RIPE NCC Community Projects Fund were announced to the community.

As announced back in October, the selection committee for the RIPE NCC Community Projects Fund consists of three members from the community and one board member:

Andreas Larson studied network computing/engineering in Uppsala and is the owner of a network consulting company, called 1o Consulting, a registered ISP with PTS in Sweden that maintains several LIRs. Andreas has been active in the RIPE community for the past seven years, having started his career during the dot com era at a start-up in Sweden called Spray.

“In assessing the projects for the RIPE NCC Community Projects fund, I looked at the innovation of the project, what benefits it brings to the networking community, the quality of the project plan, the project's feasibility and its diversity with regards to the team and goals.”

Salam Yamout has been a professional in the field of Information and Communications Technology (ICT) for 25 years, her work experience including: networking and telecommunications infrastructure; Oracle database administration; design and architecture of large IT systems; ERP implementation; procurement of IT systems; Internet governance; legal and regulatory aspects of ICT; and ICT public policy and planning.

“The RIPE NCC Community Projects Fund is our commitment to contribute to the growth and stability of the Internet. We were overwhelmed by the number and quality of the applications. The selection committee had agreed with a set of selection criteria taking into consideration the quality of the application, but also benefits to the community, innovation, and diversity. The winners satisfied all these criteria as well as demonstrated their long standing contributions to the Internet community through the years. “

Nuno Garcia is assistant professor at Universidade da Beira Interior in Portugal. Having attained his PhD in Computer Science and Engineering back in 2008, he’s gained extensive experience in the corporate world having owned a company for 17+ years and working as part of the innovation management team for Siemens. He is involved in the Internet Society (Portuguese Chapter) and the Non-Commercial User Constituency (GNSO, ICANN).

"The RIPE NCC Community Projects Fund is a great idea, because it allows RIPE NCC to further foster the development of the community.When selecting the winning applications, I was looking for the right mix of innovation and impact with respect to the overall community, as well as an ability to foster and develop projects from teams that include diversity and a good degree of sound technical content. I also expect that the 2017 winning projects may serve as inspiration to the next round of applications and that the task of the selection committee, hard as it was in this round, will be extremely difficult in 2018 because of the continued high quality of the proposals that will be submitted."

Mieke van Heesewijk is program manager at SIDN Fund, an independent foundation that provides financial support for projects aimed at innovation for the Internet. Since her time at XS4ALL, Mieke has been active as policy adviser for Internet Participation at the Ministry of the Interior, program developer at Waag Society, and co-director of the Network Democracy Foundation. Mieke is a committee member at the Internet Society Netherlands and founder and board member of the whistleblowing platform Publeaks.nl and a member of the supervisory board of WPG publishers.

“In assessing the projects for RIPE, I specifically looked at the following criteria:

Weekly conference calls were held with the selection committee to discuss the best approach for carrying out the selection process. In the course of these discussions, the committee considered different strategies for scoring and grading the large number of applications received, for producing reports for successful projects, and for determining how the funds would be released.

The selection committee agreed on six main criteria that would be applied in the grading of each application, with projects being awarded a score between one and five on each of the following points:

Due to an administrative error on the part of the RIPE NCC regarding the closing time of the application period, a small number of projects were not considered in the selection committee’s initial assessment. Upon being made aware of this error, a process was initiated that would ensure these projects were taken into consideration. This process identified an additional funding recipient, and the RIPE NCC has decided to provide an additional EUR 45,000 of unused funds from its 2017 "Good of the Internet" budget. This process was closely coordinated between the selection committee, RIPE NCC staff and the RIPE NCC Executive Board.

We faced pressure to complete this activity in 2017 due to time constraints, and we would like to thank the selection committee and the RIPE NCC staff involved in the launch of this activity for their hard work.

As this was the first round of the RIPE NCC Community Projects Fund, many areas of improvement have been highlighted for 2018, including a clearer submission system and guidelines for applicants. We are also reviewing internal processes so as to identify where improvements might be made with regards to the vetting and grading of applications. We are already busy working on these improvements and are looking forward to the next round of applications.

The RIPE NCC is proud to support these projects and we look forward to seeing them develop. We look forward to sharing the progress reports with the membership and community on RIPE Labs and during RIPE 76 in Marseilles.

Alastair Strachan Based in Amsterdam, Netherlands