Cyclone Pam and the Internet in Vanuatu

While the cyclone Pam is battering the South Pacific, we're monitoring how this affects Vanuatu.

The current status of the cyclone can be watched on this beautiful animation of wind patterns . We noticed that it currently affects the Internet on the islands of Vanuatu. The country routing statistics widget on RIPEstat first showed a minor drop in IPv4 prefixes, later followed by a bigger drop caused by Telecom Vanuatu (AS 9249) going offline (see Figure 1). 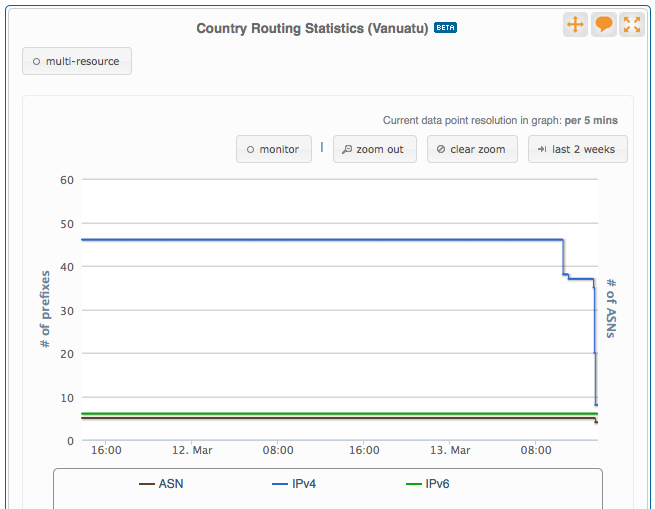 The earlier drop in prefixes was caused by Telsat Broadband (AS 45935) losing almost all of their IPv4 prefixes (see Figure 2). 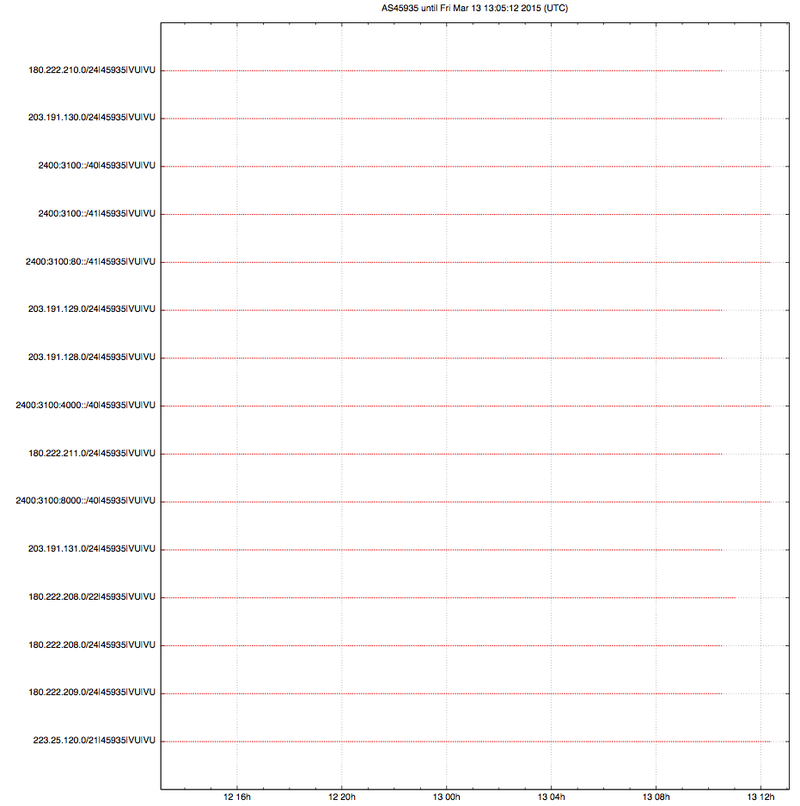 Figure 2: The effects of cyclone Pam on prefixes announced by AS 45935

If you want to find out more about networking in the Pacific region, please see this informative presentation by Jon Brewer from the NSRC presented at APRICOT 2015. A recently installed IXP on Vanuatu will have improved local connectivity and reduced their exposure to disconnection of local services even though they may have lost connectivity to the rest of the world. Telsat Broadband in Vanuatu recently received a grant from ISIF to improve inter-island connectivity.

We're planning to better monitor local connectivity in the Asia Pacific region with RIPE Atlas. There are RIPE Atlas ambassadors in the APNIC office and region if anyone from the Pacific region is interested in hosting a RIPE Atlas probe in their network. 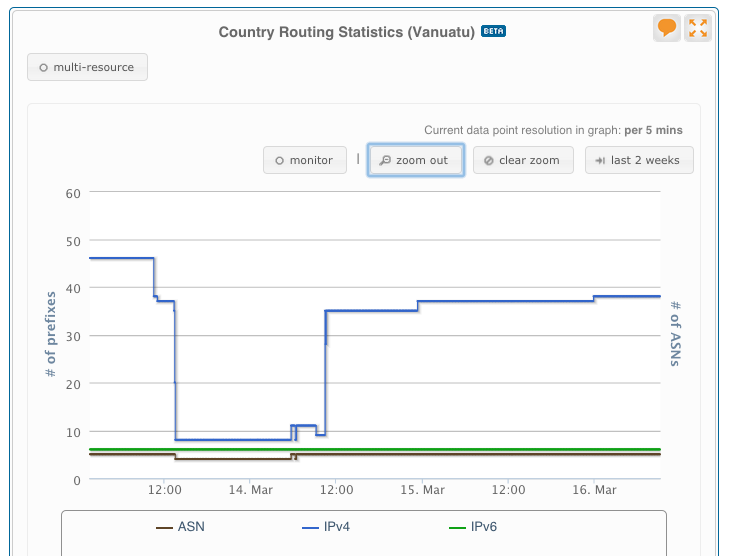 Over the weekend we've seen parts of the Vanuatu Internet become Internet-connected again (see Figure 3). The prefixes that are still not up as of this writing were with AS 45935 (Telsat). Hopefully the restored connectivity will help all efforts to alleviate humanitarian needs in the areas struck by cyclone Pam. Connectivity for the remote islands, for which we have no visibility, is likely a completely different story. This post to NZNOG describes the technical situation on the ground in Vanuatu. For those who want to assist with telecommunications equipment and expertise this website was set up by the folks at NSRC:

It has worsen since then even the government AS is disappearing but I notice that it's going up and down so I believe that they have issues with power rather than with fiber optics.