South East Europe - A Closer Look from the RIPE NCC 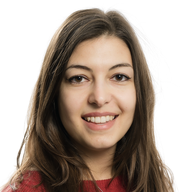 The eighth edition of the RIPE NCC's South East Europe Regional Meeting (SEE 8) is just around the corner. What do we know about these countries in terms of membership growth, IPv4 transfer, IPv6 deployment and other statistics? Whether you're a SEE local and would like to get an update or whether you just stumbled upon this article and want to find out – read on!

Right in the middle of RIPE NCC’s service region, the South East European (SEE) region is located at an important junction between Western Europe, Central Asia and the Middle East. The SEE countries often have concerns or challenges similar to some of its neighbouring regions.

Figure 1: On this map you can see what countries belong to the SEE region, how many inhabitants each country has and how many LIRs there are per country

So what are some of these concerns?

A lot of the feedback we receive from the SEE region is about the membership fees – that they are considered high for the region and that it is unfair for small companies to pay the same fee as larger ones. (Hint: you might want to register to take part in the next RIPE NCC General Meeting, and follow discussions via the members-discuss mailing list).

Another big concern is IPv4. Not just the runout, but also the uneven distribution of IPv4 space in different countries regardless of population and need.

Below you will find some facts and figures that might help you get a better picture of the situation in the region. 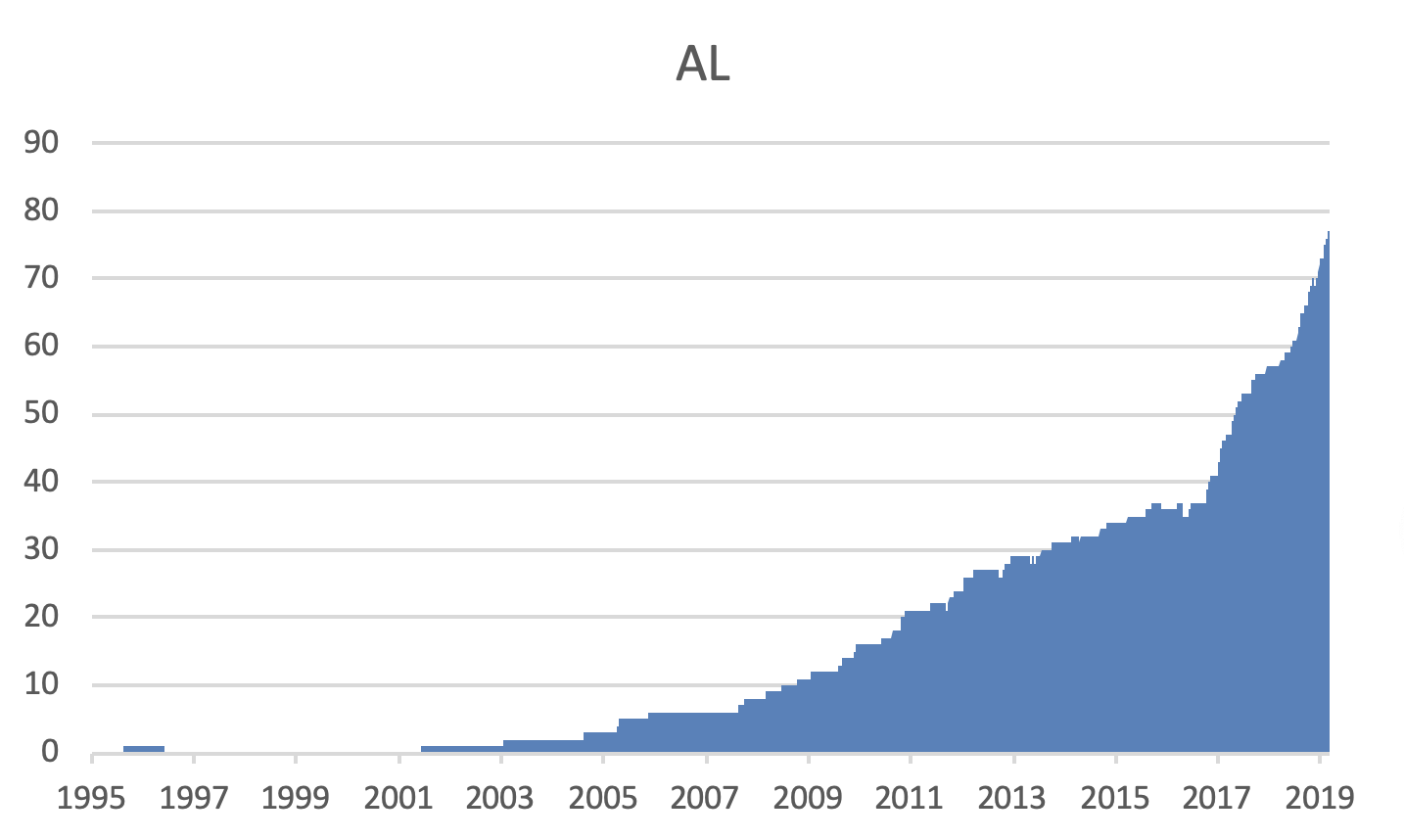 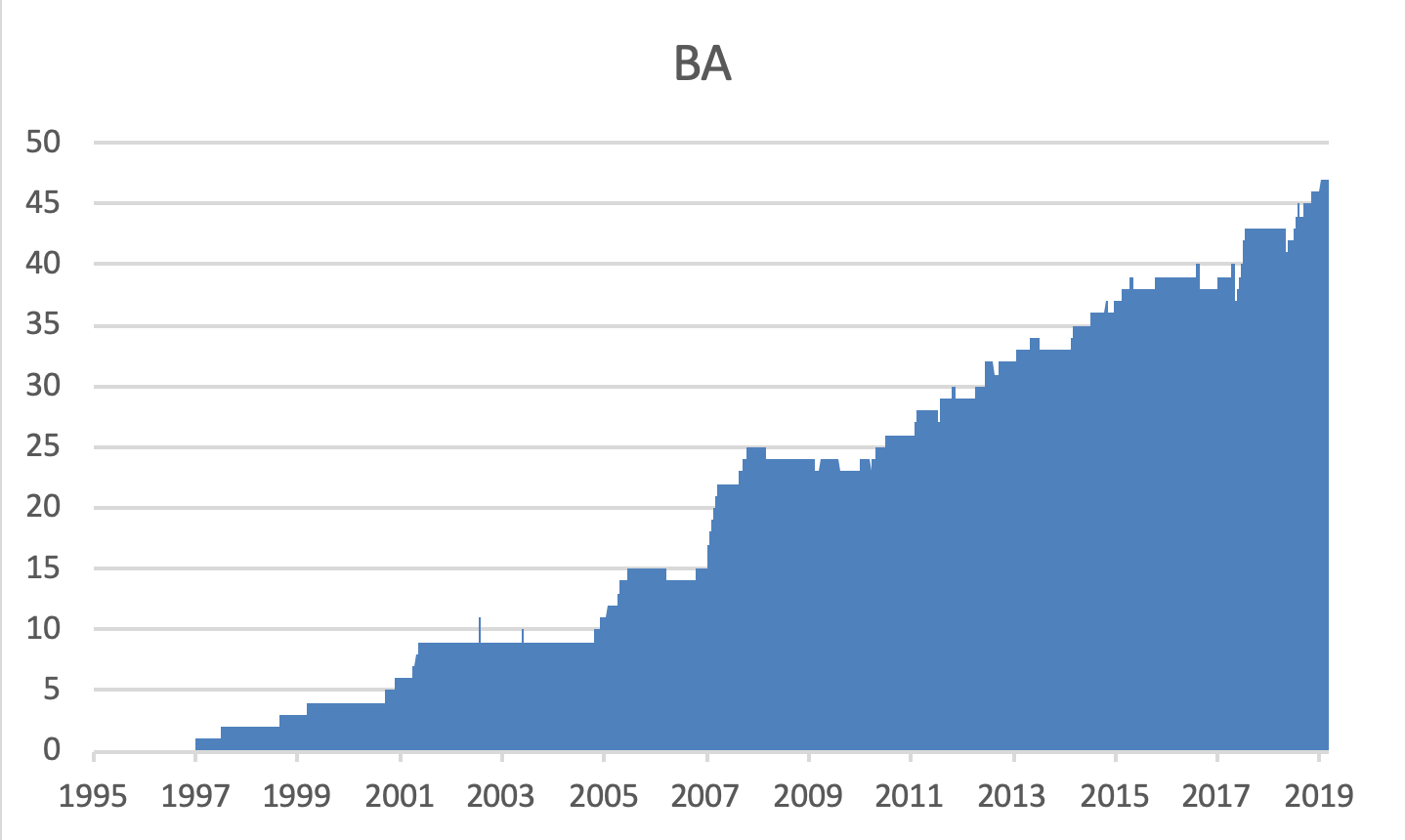 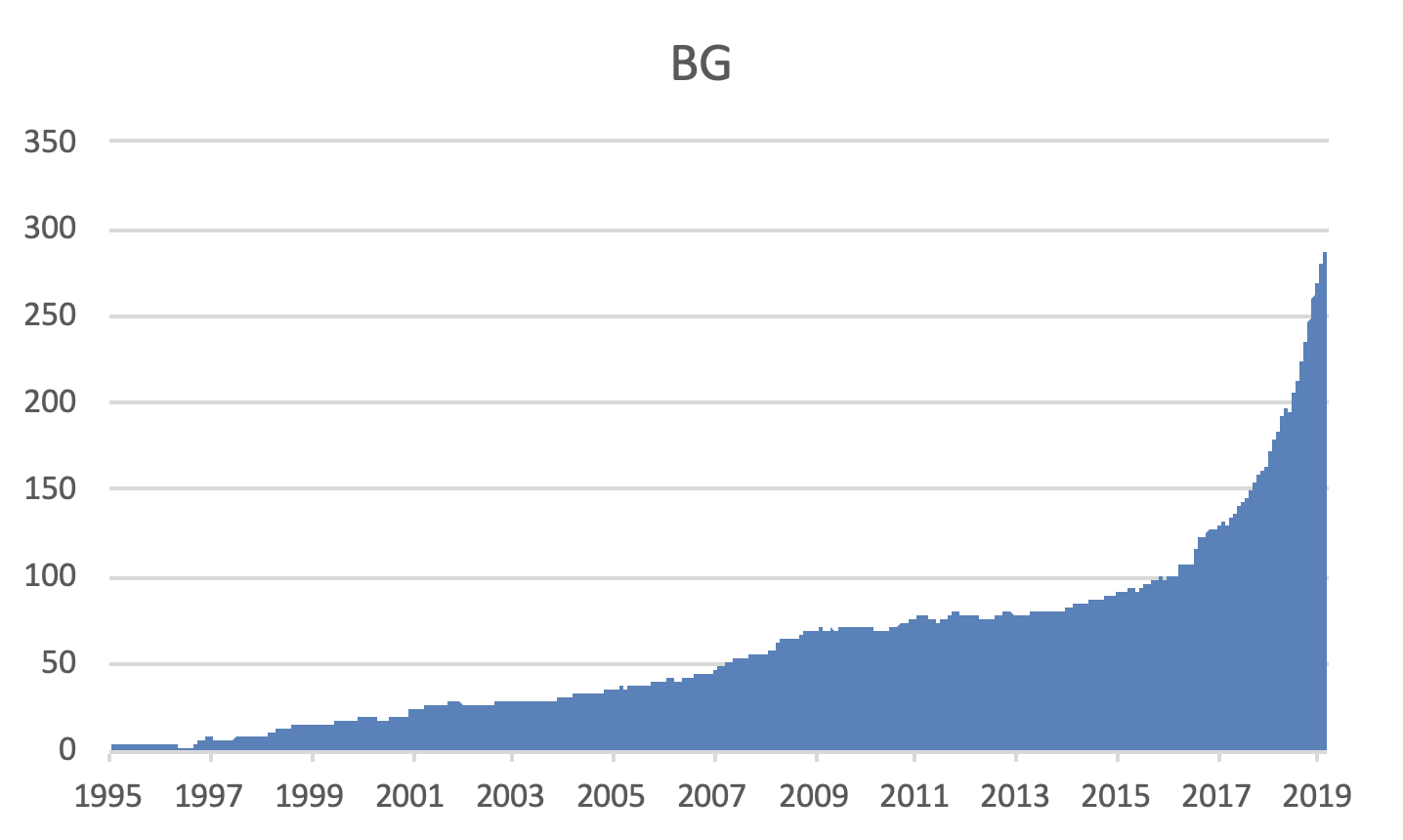 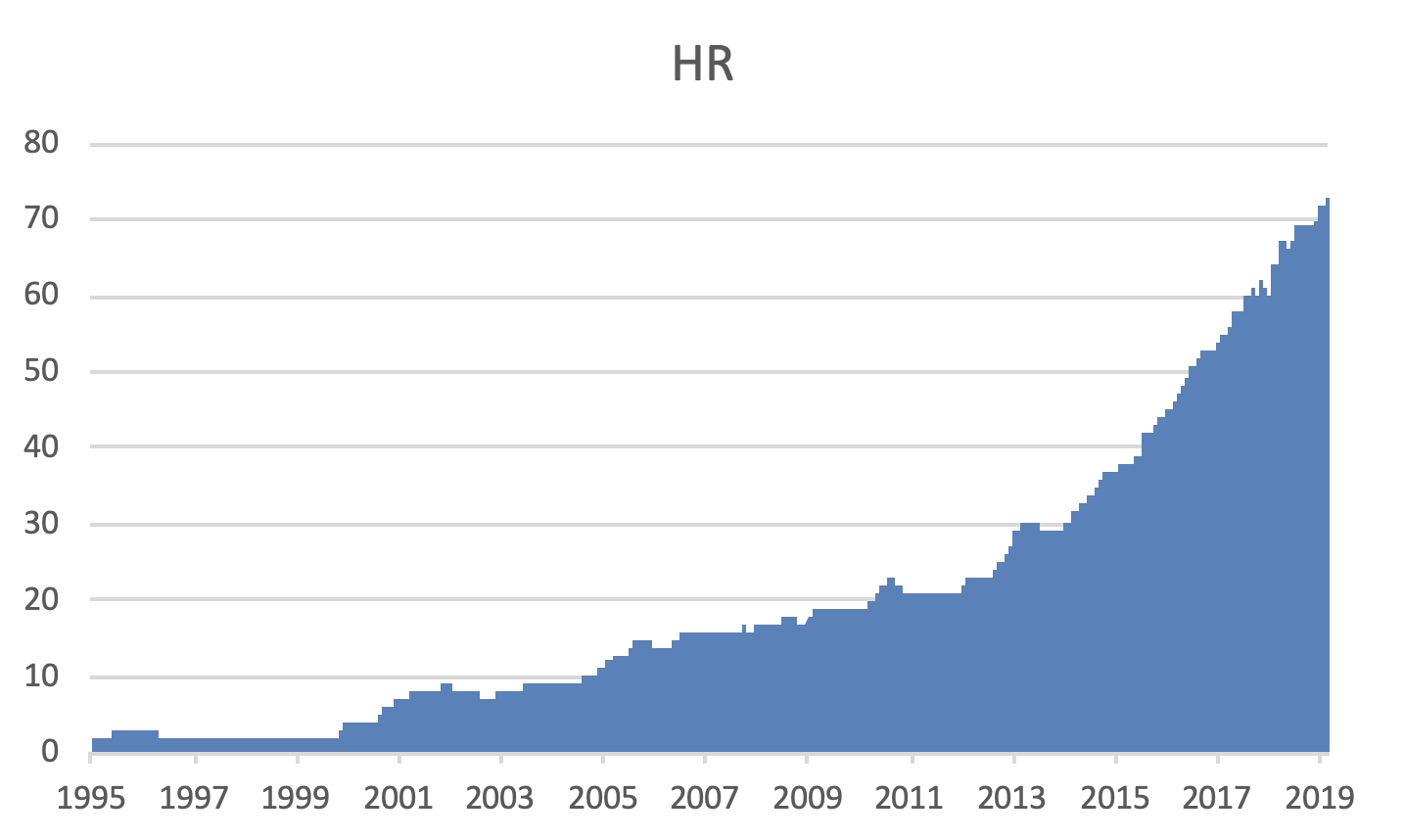 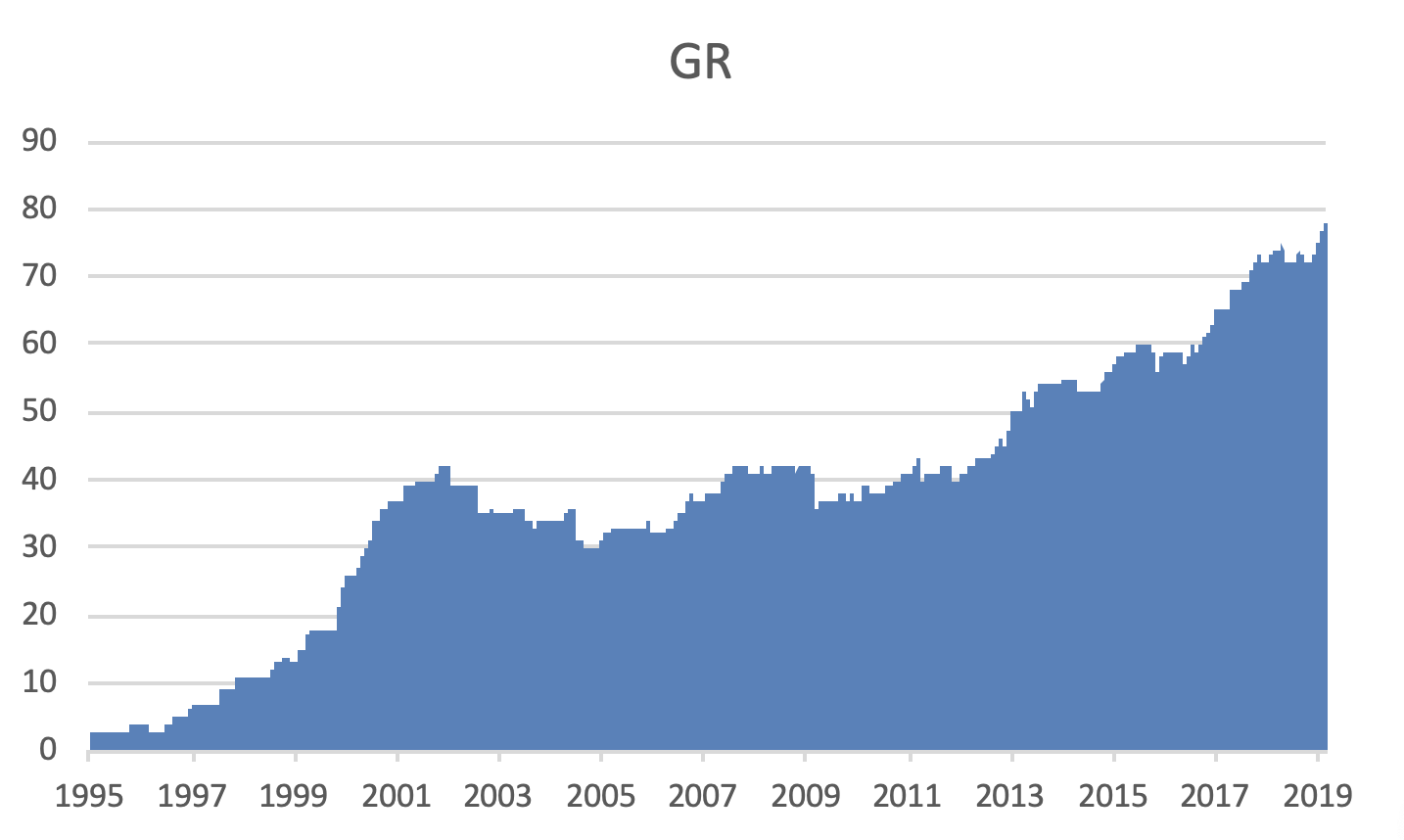 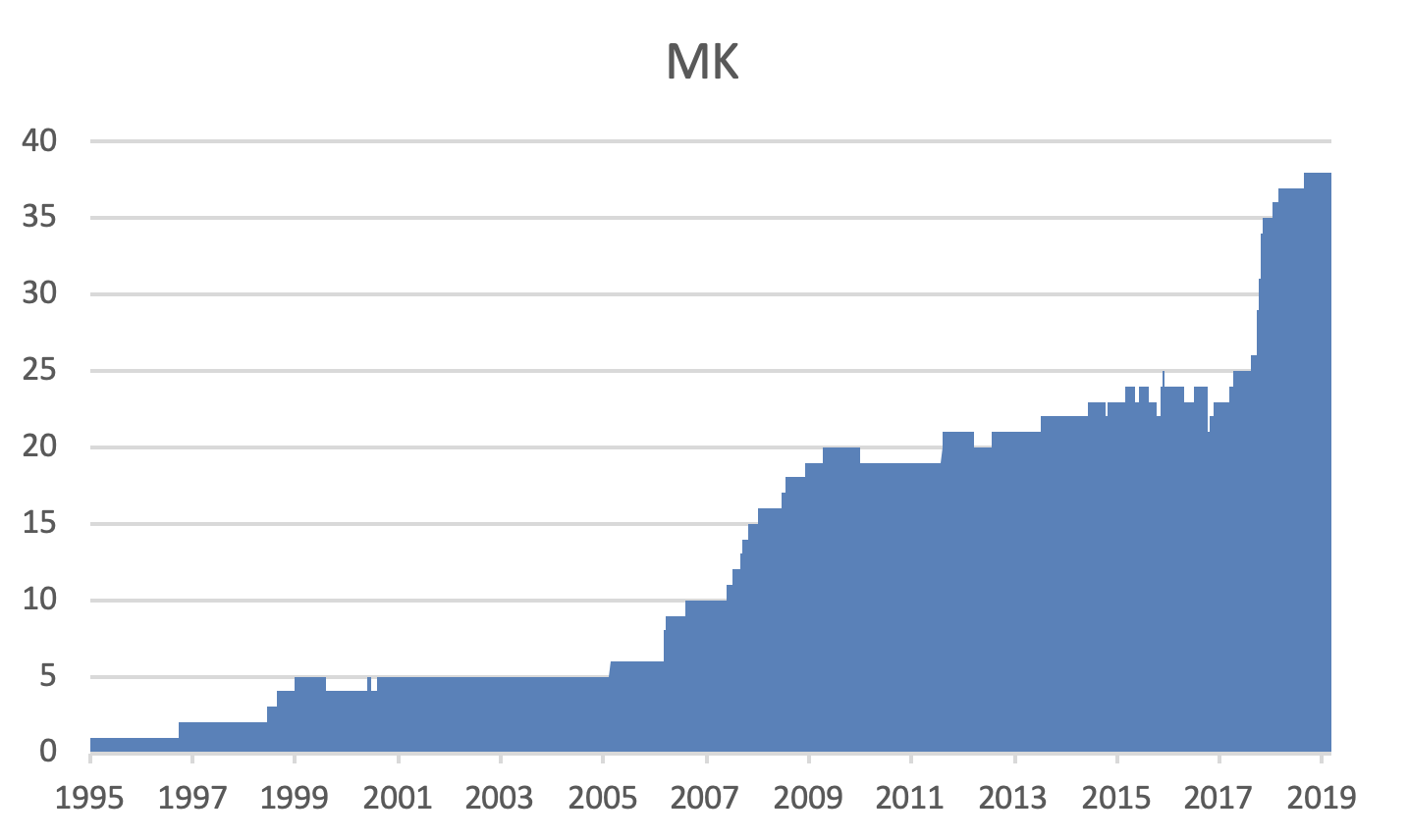 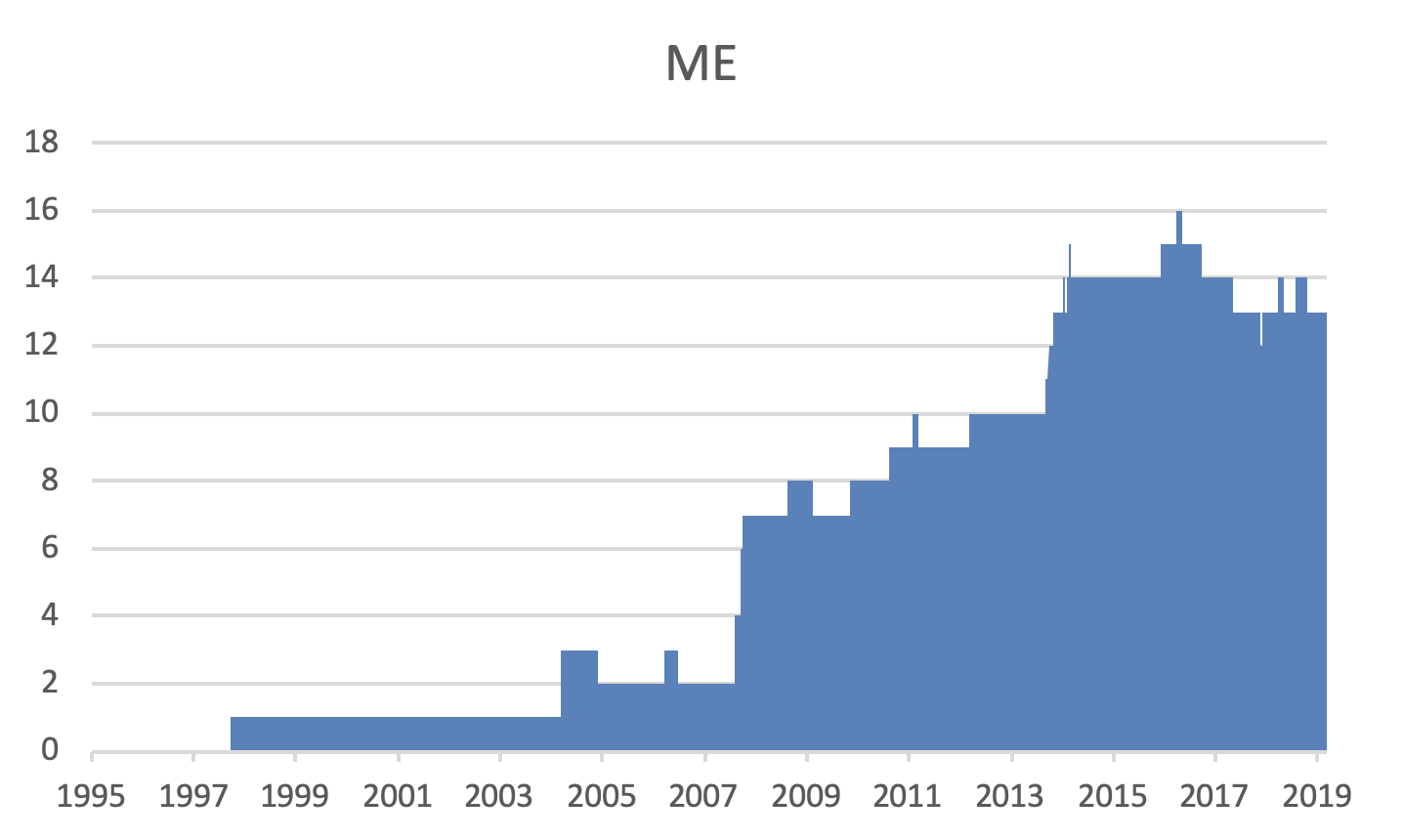 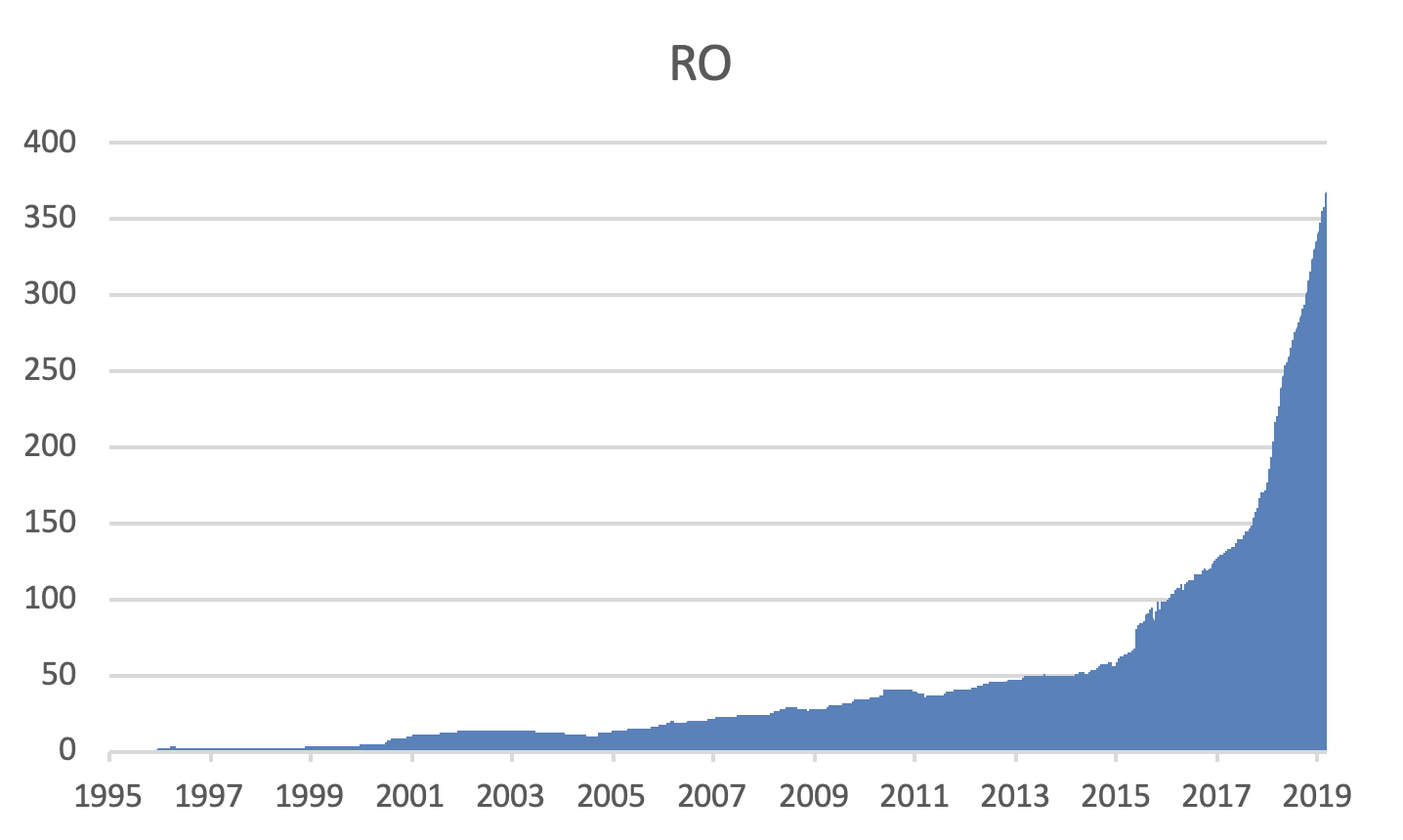 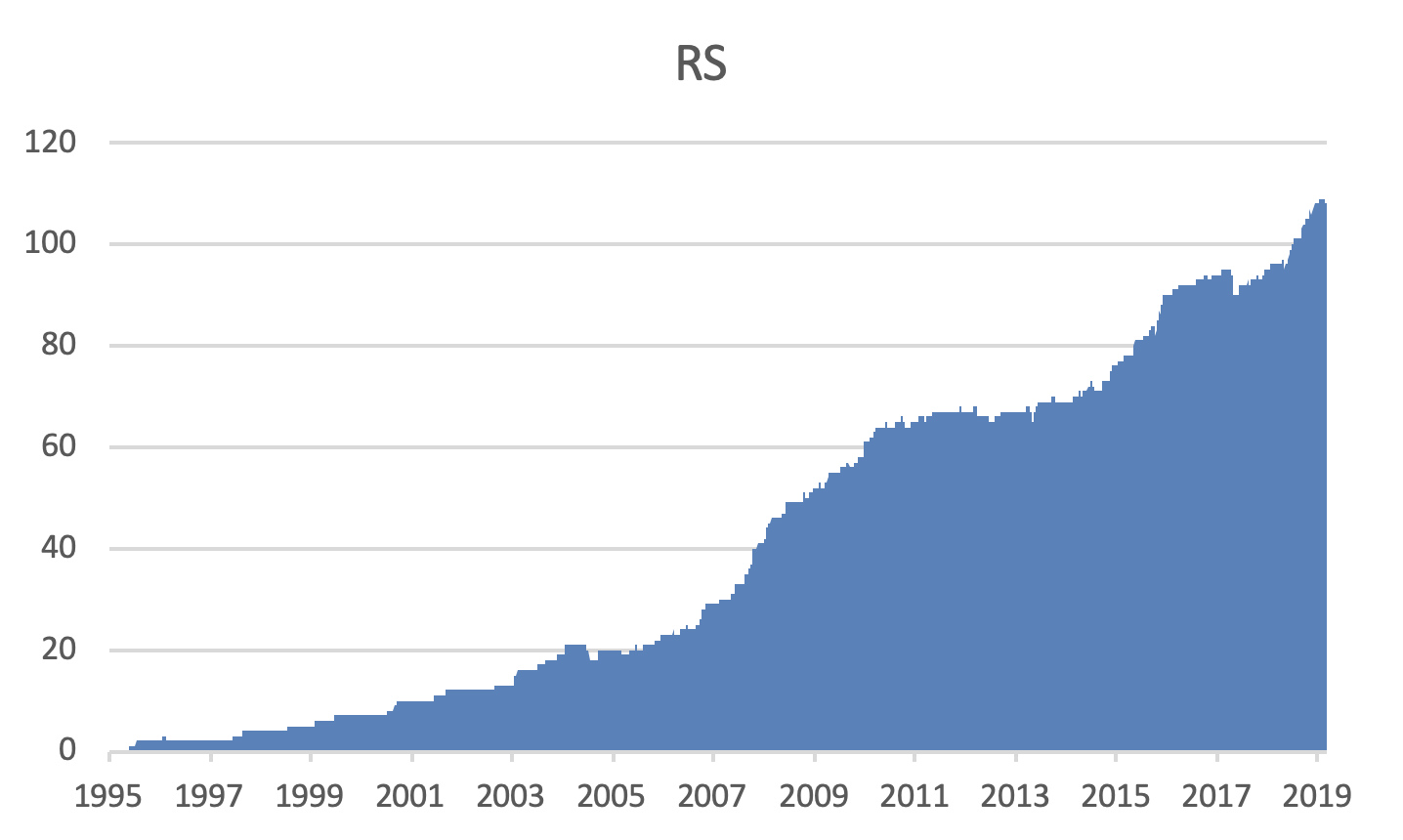 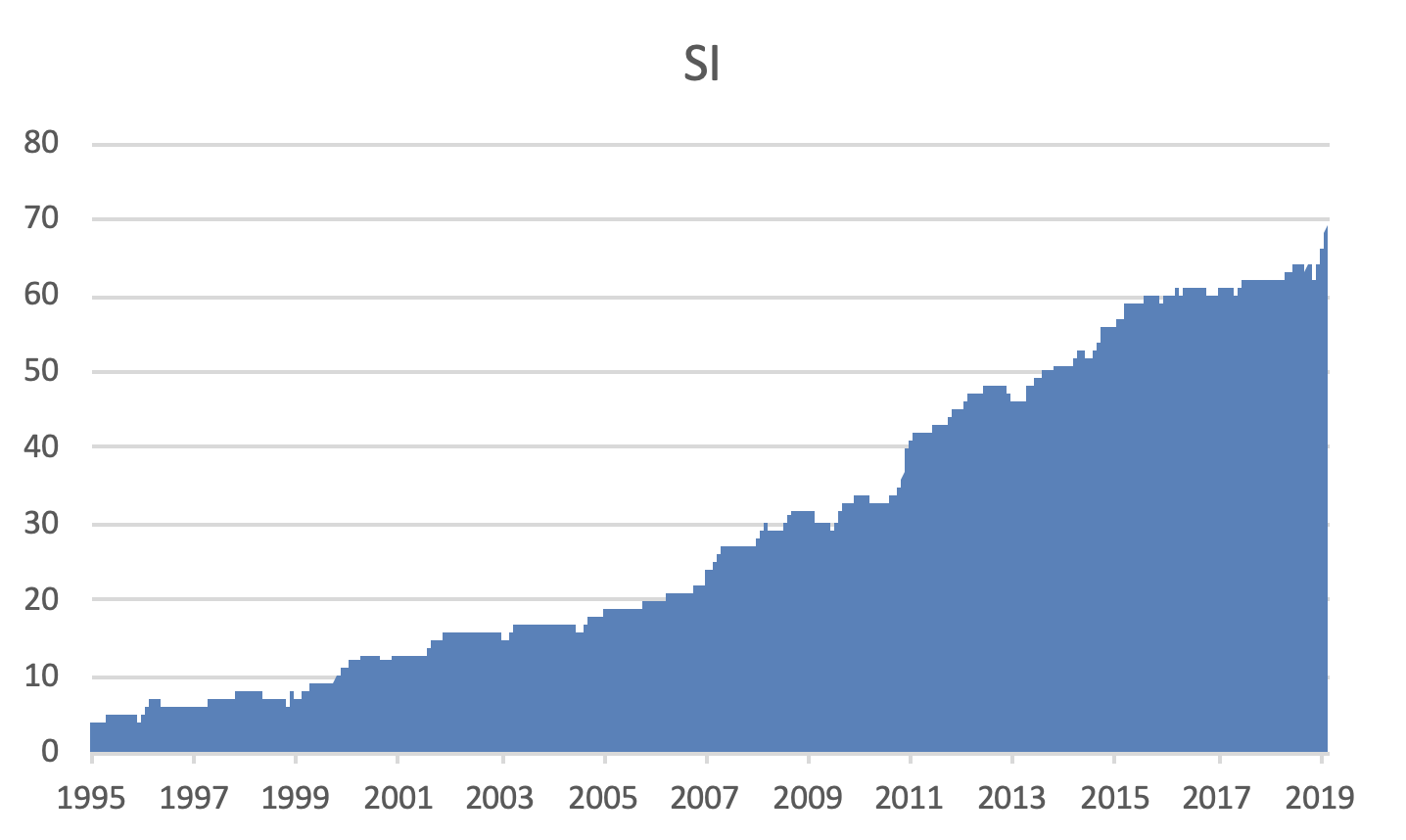 Figure 2: The RIPE NCC has seen a rapid increase in the number of LIRs in the SEE region – partly due to the IPv4 runout and partly due to the increasing demand for and uptake of Internet services. Click on the tabs to see the numbers for each country.

While the number of LIRs in countries such as Bulgaria, Romania and Albania continues to increase exponentially, Macedonia’s rapid growth throughout 2017 seems to have plateaued. Other countries appear to have a more stable growth, with Montenegro being the only country with a stagnant number of LIRs.

For the region's 60 million people, there are a total of 26 million allocated IPv4 address available. A simple calculation shows that with 0.43 IPv4 address per person, address sharing is unavoidable and further growth becomes unsustainable over the long term.

There is relatively little activity in the IPv4 transfer market in SEE with the exception of Romania, which has exported 7 million addresses, since we started recording it (see Figure 4 below).

So, does this mean IPv6 is really taking off? Not really, no. These numbers don't tell the whole story.

As the APNIC map below shows, only Greece has managed to deploy IPv6 in significant percentages - 37%. Romania and Slovenia have recently increased efforts, reaching nearly 14% and 11% respectively, while all other countries have almost no IPv6 capability.

At recent member lunches in the region (Athens and Bucharest in 2017; Belgrade and Sarajevo in 2018) attendees spoke about how the low deployment rate is due to the lack of customer demand for IPv6 networks.

The Network Operators Group (NOGs) in the region are also at different levels of maturity. SINOG is about to celebrate its sixth birthday on 14 May, while GRNOG, RONOG and RSNOG, are all a year younger, and the newest - ALNOG, was founded in 2017. BGNOG, created in 2015, exists only via a mailing list.

Are you interested in starting a NOG? Let us know, because the RIPE NCC is happy to provide advice and support, including financial, for starting NOGs in our service region. For more information about NOGs, have a look at the NOG pages on RIPE Labs.

The push for keeping local traffic local has resulted in a number of established IXPs in Bulgaria, Romania, and Serbia. In other countries in the SEE region, IXPs have been set up by the country’s national research and education network (NRENs) as in Slovenia and Albania, or set up by universities, as seen in Macedonia and Montenegro. However, traffic over these is low to none.

Speaking of NRENs, Bosnia and Herzegovina is, as of today, the only SEE country without such an organisation. We are planning to have a panel discussion on this issue at SEE 8 in Sarajevo – for more on this come to the meeting or watch the live video stream.

SEE has a well-functioning regional IGF, SEEDIG, which the RIPE NCC has been supporting by providing funding and speakers since its inception in 2014. The next SEEDIG meeting will take place on 7-8 May in Bucharest. They want more participants from the technical community, so if you have the chance – do attend - it’s free of charge! The RIPE NCC has also supported the first edition of the Balkan School on Internet Governance (BSIG) and participated in some of the other national initiatives, such as AlbIGF, BH IGF, CRO-IGF, IGF MKD and SLO IGF.

SEE is home to friendly, warm-hearted and welcoming people! Yet, how many have you seen at the RIPE NCC's events? Well, probably not many, as participation at RIPE Meetings is low. Take a look at Figure 7 below. Keep in mind that RIPE 67 took place in Greece and RIPE 71 in Romania. In general, Romania is the most active SEE country at RIPE Meetings. Greece, Serbia, Slovenia and Bulgaria have low but steady participation. We are keen to see greater participation from SEE countries at our events.

Figure 7: Participation of SEE countries in the RIPE Meetings since RIPE 67

If finances are the main constraint for participation, let me remind you about the RIPE Academic Cooperation Initiative, which provides travel and accommodation funding for academics to present their research at our events, as well as the RIPE Fellowship, which selects participants from any (not just academic) background. Give it a try and apply!

RIPE NCC’s regional meeting in SEE is small yet manages to attract a good proportion of non-local attendees. Don’t forget that you can attend the meeting for free (the next one takes place on 16-17 April in Sarajevo) and you can submit a proposal for a short Lightning Talk up to a few days before the meeting!

Are you still with me?

Let me finish with a small note on participation in the RIPE NCC General Meeting (GM) and Policy Development Process (PDP). Participation from SEE in both of these processes is very, very low, with the exception of Romania in 2015 and 2016 due to policy proposals submitted from there in those years. Members from the region often tell us that they don’t think their participation counts or carries enough weight. They also cite lack of time to engage in the process. Do not be discouraged, get engaged in the discussions via the members-discuss mailing list, register to vote via the LIR Portal, GM Preferences section for the General Meeting. You can always get in touch with us if you want to participate or have questions about it!

To make it easier for our SEE members to reach out to us, we are organising four member lunches in SEE in 2019: Ljubljana on 19 July, Rijeka on 22 July, Sofia on 26 August and Tirana on 28 August.

Thank you for reading and hopefully see you soon at SEE 8!

Measuring Paths in Bosnia and Herzegovina

Vesna Manojlovic is Community Builder at RIPE NCC. Vesna joined the RIPE NCC as a Trainer in 1999. In 2003, she took responsibility for developing and delivering advanced courses, such as RPSL, Routing Registry, DNSSEC and IPv6. In 2008, she lead efforts to establish IPv6 RIPEness as a measure of IPv6 deployment among LIRs. In 2011, she joined the Science Division as Manager of the Measurements Community Building team; in 2015 she moved to Communications Department as Senior Community Builder, with a focus on organising hackathons. Vesna gives presentations at many technical conferences and workshops, and enjoys visiting hackerspaces. Vesna received a Batchelor of Sciences Degree in Computer Science and Informatics from the School of Electrical Engineering, University of Belgrade. She has three children.

What is Community Development at RIPE NCC doing in 2022?