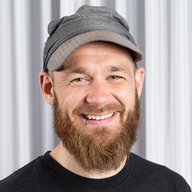 Niels is a postdoctoral researcher with the ‘Making the hidden visible: Co-designing for public values in standards-making and governance’-project at the Media Studies department at the University of Amsterdam. He is also a research fellow with the Centre for Internet and Human Rights at the European University Viadrina and an associated scholar with the Centro de Tecnologia e Sociedade at the Fundação Getúlio Vargas. His research focuses on how norms, such as human rights, get inscribed, resisted, and subverted in the Internet infrastructure through its transnational governance. Niels tries to understand how invisible infrastructures provide a socio-technical ordering to information societies and how this influences the distribution of wealth, power, and possibilities. While writing his PhD ‘Wired Norms: Inscription, resistance, and subversion in the governance of the Internet infrastructure’, which was awarded with an honorary mentioned by the Association of Internet Researchers, Niels was affiliated with the DATACTIVE Research Group at the Media Studies and Political Science department at the University of Amsterdam. Before that Niels has worked as Head of Digital for ARTICLE19 where he designed, fund-raised, and set up the digital programme which covered the Internet Engineering Taskforce, the Internet Corporation for Assigned Names and Numbers, the Institute for Electric and Electronic Engineers, and the International Telecommunications Union. Before that Niels designed and implemented freedom of expression projects with Free Press Unlimited. He holds a cum laude MA in Philosophy from the University of Amsterdam.

Human Rights Are Not a Bug

The Internet plays a crucial role in our increasingly digital daily lives. But who shapes and governs the patchwork that enables this essential utility? And how do their actions bear on the rights and interests of users all over the world?