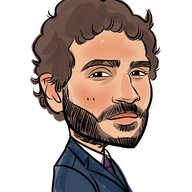 Michael J. Oghia is a Belgrade-based consultant, editor, researcher, speaker, and ICT sustainability advocate working within the digital policy & infrastructure, Internet governance, and media development ecosystems. He is a third culture kid (TCK) and a connector at heart with more than a decade of professional experience in conflict resolution, journalism & media, policy, and development across five countries: The United States, Lebanon, India, Turkey, and Serbia. Michael also loathes referring to himself in third person.

IT Hardware-as-a-Service: Business Model Innovation as a Pathway to Circularity

A critical pillar of a sustainable digital economy is circularity. A circular digital economy will entail a production and consumption model for IT hardware that minimises the amount of resources used while maximising life cycle longevity. But one of the greatest obstacles to realising circularity …

With hardware cycles slowing and calls for greater sustainability growing, switching to a circular business model is a must. For operators and other RIPE community members, one way to do that is to prioritise refurbished hardware. I teamed up with Lisa Berendse from the Amsterdam-based refurbisher …

Over the summer, we – the Sustainable Digital Infrastructure Alliance (SDIA) – published a three-part series introducing our manifesto for a sustainable European cloud, one that’s open-source, fair, and creates economic opportunities for all. Such digital infrastructure will reflect European values…

Last month, the Sustainable Digital Infrastructure Alliance (SDIA) announced our Open Data Hub, a resource that's meant to boost transparency, trust, and data availability to help researchers, industry, and society realise a sustainable digital economy. It is essentially our answer to the challenge…

ClimateAction.tech invites you to join us for our #LetsGreenTheWeb campaign – a focused, 5-day Twitter campaign to measure the carbon emissions of websites, share tweets highlighting the results, and encourage developers to reduce website emissions. The campaign will run on Twitter from 15-19 Febru…

You’ve Got the Power: Sustainable Procurement and the RIPE Community

The RIPE community can contribute to a more sustainable Internet in multiple ways, but one of the most immediate and impactful among these involves decisions regarding buying hardware and sourcing services. We take a closer look at the issues surrounding procurement, the resources available, and ex…

To Green the Internet, We Need RIPE

If Europe is going to realise its vision for a greener ICT ecosystem and a sustainable future, support from the RIPE community is imperative. But what can you do - as a network operator and as a user - to work towards a sustainable Internet?

Sustainability is Good for the Internet (and Business too)

In recent weeks, I’ve attended two events, SEE 6, hosted by the RIPE NCC in Budva, Montenegro, and the 10th European Dialogue on Internet Governance (EuroDIG) in Tallinn, Estonia. At both events, I had the opportunity to speak about the issue of sustainable access to the Internet.

Excellent post Vesna, and I particularly like the comparisons you made between digital commons governance and RIPE community governance (I hadn't thought of it that way).

Well said Chris, in every way. It's unchartered territory of sorts, but we're all in this together and relying on the community is key.

Go to comment
31 Mar 2020 • On The Ghost Office: our Transition to Remote Work during COVID-19 by Saskia Oostdijck- van Gorp

I'm positive you all will make the best of this situation. Stay safe, healthy, and well!

Thank you so much for highlighting this issue Mirjam. Unsurprisingly, you've hit on all the relevant points in such a concise way as to how it relates to the RIPE community. I'm touched that you quoted my article, and I want you and the RIPE NCC to know that I am always available to help shed light on this topic. Two additional questions I would ask the community is: (1) Would you like to learn more about how to recycle, reuse, or donate older equipment? and (2) Have you ever experienced challenges regarding e-waste recycling, such as difficulty finding a vendor? Thank you again!

“On AMS-IX's power consumption - Netherlands energy prices have fallen by around 2% per annum in the period 2000 to 2015 (from around EUR 58/MWh to EUR 44/MWh in the period - source https://www.cbs.nl/-/media/_pdf/2016/45/national%20energy%20outlook%202016_summary.pdf ). At the same time AMS-IX traffic has increased 20-40% per annum. Given AMS-IX no doubt continues to spend most of its money on equipment and staff and not power, it is clear there is no linear relationship (and possibly no relationship at all) between Internet traffic (and usage) and power usage. As for overall electricity demand growth, the US EIA forecasts an increase in global electricity demand of 43% from 2012 to 2030. (Source: https://www.eia.gov/outlooks/ieo/pdf/0484(2016).pdf - figure 5-1). In 270 pages, this report does not mention once the energy demand of datacentres, information or communications technology on increasing electricity consumption. Surely if communications technology was going to comprise 51% of global electricity demand by 2030, as claimed in the paper linked from the second graph above, they would have at least mentioned this?”

Hi again Mike, thanks for this. 1. The point of AMS-IX isn't merely about cost, but about consumption period. Based on the information provided, even if they aren't spending more on energy, that doesn't mean more energy is being consumed. Also, let's say they only used solar, this would largely be irrelevant. It's also about being aware of the footprint we are leaving behind. It also might be distributed elsewhere along the infrastructure chain. 2. Indeed, it is strange that this report doesn't mention anything about it, but perhaps it was purposely left out of its scope. Alternatively, there could be a gulf between sustainable ICT researchers and the authors of this report. Also, I think the 51% mention is meant to be an upper-estimate of what it could be.

“While the AMS-IX graph is impressive, AMS-IX power usage has not increased in line with traffic growth. In fact, I'd guess their power bill has been more or less flat over the past 15 years. Moore's Law ensures that data traffic does not result in a linear growth of energy usage, nor does processing power grow in the same way - the average smartphone is about as powerful as a Cray 2 supercomputer of the mid-1980s which consumed around 200kW. A smartphone uses around 200mW for the same processing power, a million times more efficient. Its also unclear why the second graph only has exponential growth starting around now, when the Internet has been growing exponentially over the past 20+ years. The claim in the paper from which this graph is taken that by 2030, 51% of global electricity consumption will be for communications technology - higher than for all industrial energy usage today - is not credible. However, it is true that energy efficiency and greater use of renewables is important to all of us, and the ARMIX example is good to see, thank you for sharing that.”

Hi Mike, thank you for your comment (and please accept my apologies for the late response, I'm currently traveling). Also, many thanks for your kind words and support. It's my pleasure to share it! About AMS-IX, I hear your points. Whether or not their power usage has increased or not, though, is uncertain (I'll ask Bastiaan if he has any publically available data). Also, I addressed ICT power usage in a different article (referenced in the text). It's really uncertain how much energy use ICTs are taking globally. Regarding the second graph, while the Internet has been expanding significantly, the exponential nature of the graph is reflecting trends such as the proliferation of IoT, more global users, more intense use by individuals, and a host of other phenomena. The Internet grew to 3.5 billion users between the early 1990s and the mid 2010s. By 2020, another billion is meant to be online. This is a huge shift in growth patterns. So, when you say the paper's claim is not credible, there is no evidence as to why. Can you elaborate?

Thank you all so much for covering this, especially you Suzanne for spotlighting the session on sustainability :)

And you did wonderfully, Alastair! It was a pleasure to meet you, and I look forward to seeing you again soon.

Thanks for this Jordi, I just tweeted it out.